Biedenkopf. This year, Roth Hydraulics based in Biedenkopf-Eckelshausen is looking back on its 75-year company history. The subsidiary of Dautphetal-based Roth Industries marked the occasion with an anniversary celebration. Among those invited to the event on 8 September 2018 were current and former employees and their families and representatives from the Chamber of Industry and Commerce and the local authority. 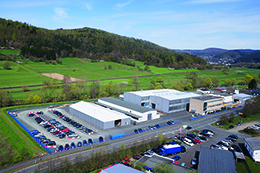 Roth Hydraulics Managing Directors Frank Fuchs and Alfred Kajewski said words of welcome and looked back on some key moments in the company’s history. The story dates back to 1943, when the factory was set up by Heinrich Schäfer, a shareholder in Bolenz & Schäfer from Dortmund. Production began in halls rented from a joinery in Eckelshausen. Back then, the company made couplings for drive technology. In the 1950s, it moved onto hydraulic storage systems and, the following decade, to developing filament winding machines, which were incorporated into the production and sales programme.

The company began developing and producing hydraulic components and piston accumulators in 1952, gradually going on to expand its product range. Alongside bladder accumulators, it added diaphragm accumulators and complete storage systems to its products. Operating under the name Roth Hydraulics since 2016, the full-service provider now supplies innovative hydraulic energy storage and release solutions. Its technical fluid components are used in energy and power-plant technology, mobile hydraulics, tooling machines and oil and gas technology, for example. They minimise energy consumption in numerous technological applications, improving the associated environmental footprint and helping to conserve resources. Roth Hydraulics boasts a global presence and has subsidiaries in China and the US.

Managing Shareholder of the Roth family company Manfred Roth had this to say about the events surrounding Roth Industries’ acquisition of Bolenz & Schäfer in 1989: “I fully believed in the future viability of our range of accumulators because it was helping to improve the energy balance in the investment goods sector – something which was becoming increasingly important. I also anticipated a bright future for winding technology as the basis for composite technology. I can now happily say that both programmes have developed very well. They are strengthening our focus on energy systems and plastics.” From 1999, Bolenz & Schäfer focused its attention on hydraulic systems, while filament winding machines were further developed under the aegis of what is now Roth Composite Machinery. As Manfred Roth explained: “Roth Hydraulics has been a success story from the beginning. This is all down to our staff. I would like to thank each and every one of them for their tremendous hard work and loyalty on behalf of my family and the Roth Industries Managing Board. With its energy storage systems, Roth Hydraulics is among the global market leaders, as is Roth Composite Machinery with its composite technologies. 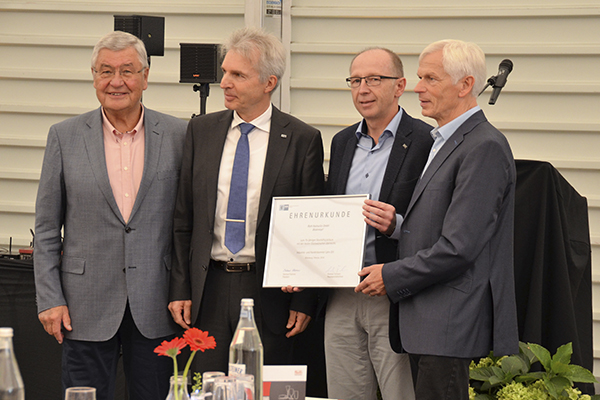 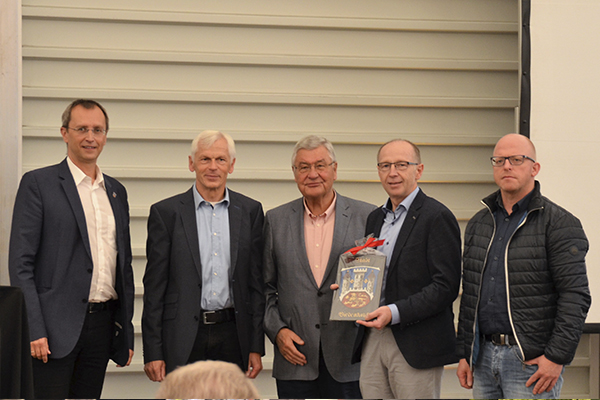 Manfred Roth presented Managing Directors Alfred Kajewski and Frank Fuchs and Chairman of the Works Council Alexander Gerhardt with an anniversary plaque on behalf of Roth Industries and his family. During the anniversary celebrations, Mayor of Dautphetal Joachim Thiemig and Managing Director of the Lahn-Dill Chamber of Commerce and Industry Andreas Tielmann paid tribute to the company in a series of welcome addresses. Around 300 guests enjoyed a fun-filled programme including a football tournament, Segway rides, company tours and games for all ages. There was a bouncy castle and face-painting for the children. 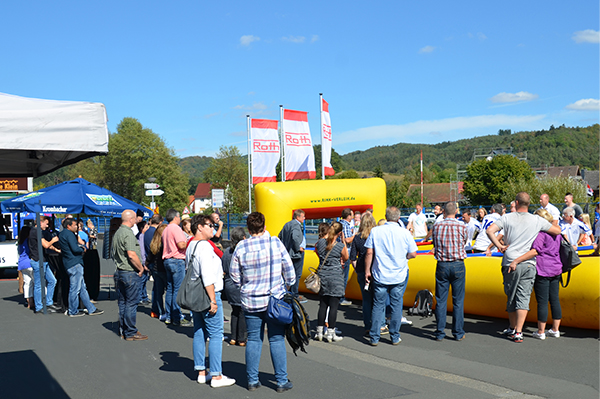 In marvelous September weather the employees and their families enjoy the colorful program of the jubilee celebrations, like here at the football tournament of the various company teams.